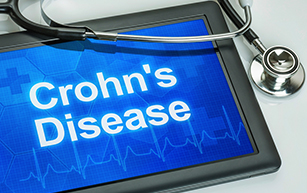 Stopping anti-TNF agents in patients with Crohn’s disease in remission: is it a feasible long-term strategy?

Expression of PPAR γ in intestinal epithelial cells is dispensable for the prevention of colitis by dietary abscisic acid.

T cell PPARγ is required for the anti-inflammatory efficacy of abscisic acid against experimental IBD.

Putting the pieces of the puzzle together - a series of hypotheses on the etiology and pathogenesis of type 1 diabetes.

The NIMML has developed novel nutritional interventions aimed at preventing or treating IBD. In 2004, our Gastroenterology seminal article demonstrated that conjugated linoleic acid ameliorates colitis in mice through a mechanism that requires expression of PPAR g in immune and epithelial cells. The results of that study were validated in a novel pig model of IBD and a human clinical trial inhumans with Crohn’s disease.

Inflammatory bowel disease (IBD) is a widespread and debilitating illness characterized by chronic inflammation in the digestive tract. It affects up to 0.5% of the human population in developed countries and numbers are increasing in the developing world. IBD primarily includes two clinical manifestations: Ulcerative colitis (UC) and Crohn’s disease (CD), both of which can sometimes lead to painful and life-threatening complications. The main difference between UC and CD is the location and nature of inflammation. UC is characterized by the presence of chronic and localized inflammation and superficial lesions in the colonic and rectal mucosa, whereas CD is associated with discontinuous and “transmural” lesions of the gut wall which can affect the whole intestine, from mouth to anus, although the majority of the cases start in the terminal ileum. Both UC and CD patients usually go through different stages regarding the intensity and severity of the illness. The disease is considered to be in an active stage when the patients undergo a flare-up of the condition and present severe inflammation. When the inflammation is reduced or absent the disease is considered to be on remission and the patient does not present any symptom.

IBD is considered an idiopathic illness since its cause remains still unknown. Although genetic, infectious, immunologic, and psychological factors have been considered to influence the development of IBD, the most recent hypothesis suggest that IBD is the result of a body failure to turn off normal immune responses. The gastrointestinal tract becomes inflammed when the immune system tries to fight an invading microorganism or virus. An autoimmune reaction in which the body mounts an immune response towards normal microflora can also result in inflammation that continues without control and can lead to abdominal pain and bloody diarrhea.

IBD symptoms may vary depending on the severity and location of inflammation, ranging from mild to severe and including the following:

In more severe cases of IBD, especially in Crohn’s disease patients, inflammation can result in intestinal complications including the following:

The aim of IBD treatment is to reduce the inflammation that leads to the mentioned symptoms. The ultimate goal is not only to relief the symptoms but to achieve a long-term remission of the patient. Current treatments for CD include:

Despite evidence that CD therapies have improved, they are modestly successful for the long-term management of the disease and result in significant side effects such as immune suppression, enhanced susceptibility to malignancies, and suppressed resistance against infectious diseases. Moreover, two-thirds to three-quarters of patients with Crohn’s disease will require surgery at some point during their lives, which becomes necessary in Crohn’s disease when medications can no longer control the symptoms. Therefore, there is a need to identify novel and safer therapies for the treatment of IBD. In this regard, and consistent with the concept from bench to bedside, our group has translated the basic scientific understanding of cellular and molecular processes to the clinic through collaborations with Wake Forest University and the Digestive Health Center of Excellence at the University of Virginia. Under a contract from Cognis (now BASF) awarded to the NIMML, we have investigated the ability of conjugated linoleic acid (CLA) to down-regulate intestinal inflammation and ameliorate gut health and we have discovered important new information on the efficacy of CLA in treating patients with CD.

The clinical trial, which was managed as an Investigational New Drug (IND) trial, found that CD patients who took supplementary CLA showed noticeable improvement. CLA was administered as a supplement (6 g/day orally) in thirteen study subjects with mild to moderate CD for 12 weeks and we found a marked improvement in disease activity and quality of life, and importantly, no adverse side effects since CLA was well tolerated by all of the study subjects. Specifically, there was a statistically significant drop in Crohn’s Disease Activity Index (CDAI) from 245 to 187 (P = 0.013) and increase in Inflammatory Bowel Disease Questionnaire (IBDQ) regarding quality of life from 141 to 165 (P = 0.017) on week 12. Moreover, CLA significantly suppressed the ability of peripheral blood CD4+ and CD8+ T cell subsets to produce pro-inflammatory cytokines including IFN-γ, TNF-α and IL-17 and to proliferate at week 12. In summary, CLA represents a promising new supportive intervention for gut inflammation. This is in contrast with the results of human clinical studies using n-3 polyunsaturated fatty acids in IBD that remain largely unimpressive. The present study has shed new light on the clinical potential of this compound and provided insights on the possible mechanisms of immune modulation targeted by CLA in the human system. Based on these results, a larger Phase II double-blind, placebo-controlled, randomized trial with several doses of CLA is warranted.