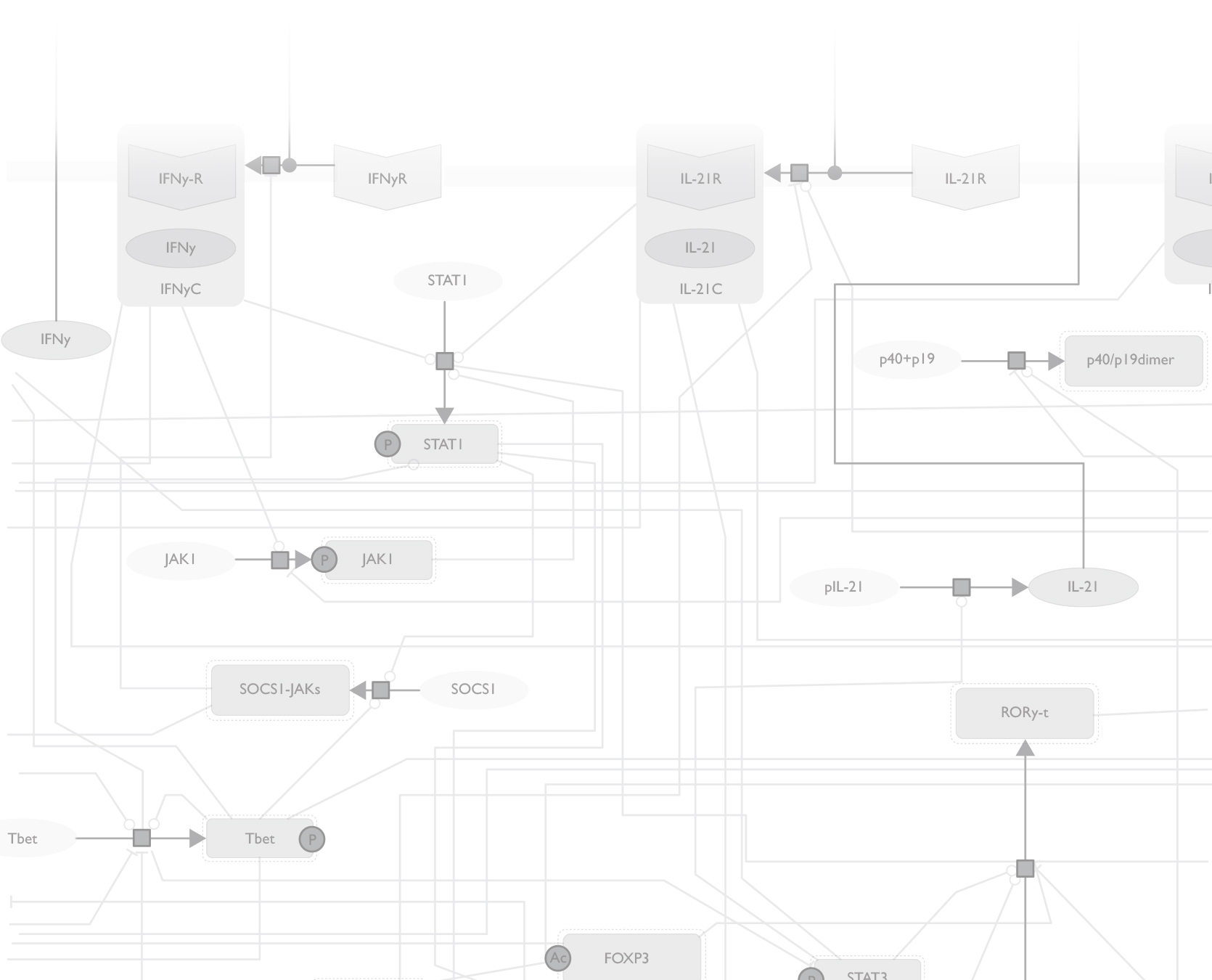 H. pylori is found in over half the world’s population. While most people do not develop disease, some experience chronic inflammation of the stomach, or gastritis, which can lead to development of ulcers or cancer. In addition to its role as a pathogen, H. pylori has beneficial effects. Researchers have found that H. pylori can prevent certain chronic inflammatory and metabolic diseases, while the absence of the bacterium may contribute to obesity and type II diabetes.

To study immune responses in H. pylori-mediated disease, researchers at VBI’s Nutritional Immunology and Molecular Medicine Laboratory (NIMML) developed a pig model that closely mimics the human gastric environment. When pigs were infected with H. pylori, the researchers observed an increase in another type of immune cells called pro-inflammatory CD4+ T helper cells, followed by an increase in CD8+ cytotoxic T cells. This finding was somewhat unexpected because scientists did not observe an increase in CD8+ T cells in mouse and gerbil models of H. pylori infection. However, the rise in CD8+ T cells in pigs mirrors the recent findings in human clinical studies.

“Pigs have greater anatomic, physiologic and immunologic similarities to humans than mice, the main animal model used in biomedical research. The results from our new pig model closely mimic what has been reported in clinical settings, which will allow us to comprehensively and systematically investigate human immune responses to H. pylori,” said Dr. Raquel Hontecillas, Co-Director of NIMML and the Center for Modeling Immunity to Enteric Pathogens (MIEP).

Although the immune system recruits CD8+ cytotoxic T cells to fight bacterial infection, the NIMML researchers found that these cells contribute to tissue damage rather than bacterial clearance. Their findings will help scientists better understand the complex interactions of H. pylori and its host.

NIMML researchers within MIEP are using results from the pig model and other experimental data to develop a computational model of H. pyloriinfection. Such modeling efforts aim to develop faster, more efficient ways to predict initiation, progression and outcomes of infection.

The NIMML tackles unsolved fundamental challenges in complex human diseases with unmet clinical needs. The NIMML combines advanced computational technologies such as computer modeling and artificial intelligence with pre-clinical and clinical experimentation to catalyze the translation of scientific discoveries into creative solutions to the most challenging problems in healthcare. NIMML is located in Blacksburg, VA.